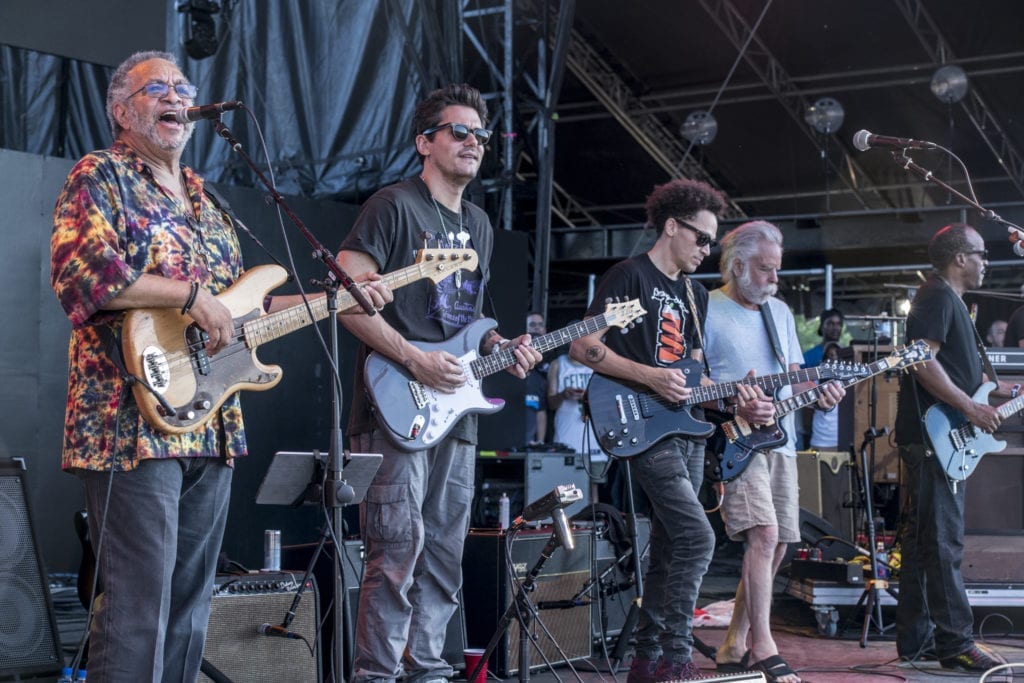 Billed as a set to honor the 50th anniversary of New Orleans funk pioneers the Meters, Foundation of Funk was led by original Meters members George Porter Jr. and Zigaboo Modeliste. The early part of the show indeed brought a bayou dance party to the Blue Ridge, with an all-star band running through hard-hitting Meters staples like “Just Kissed My Baby” and “Cissy Strut.” But it turned into an even bigger celebration when Grateful Dead members Bob Weir, Mickey Hart and Bill Kreutzmann, along with their Dead & Company bandmate John Mayer, decided to join the party. The guests weren’t looking for a showcase sit-in; instead they tastefully dropped into the mix as the ensemble stomped and hollered through “Hey Pocky A-Way” and “Iko Iko,” two Crescent City favorites that have long been found in Dead setlists.